In a time well before the National Health Service,  hospital and health care was provided by charitable funding or religious organisations. Salisbury was no different and in 1763 Lord Feversham left £500 from his estate towards the creation of hospital in Salisbury. A meeting was held on 21st August 1766 in The Vine Inn, led by the 1st Earl of Radnor, to discuss the formation of the new hospital.

Fundraising is started in earnest and the hospital archives hold the cash donation books that recorded names from across the city who give money to create the new hospital in Salisbury. The record shows, for example, the Earl of Radnor gave £500, which is today’s money is the equivalent of £65k.

In 1767 the Salisbury General Infirmary opened using existing buildings on the site of Fisherton Street whilst a  new building was constructed. The building today, now flats in Fisherton Street, still shows the inscription: ‘GENERAL INFIRMARY SUPPORTED BY VOLUNTARY CONTRIBUTIONS 1767’. 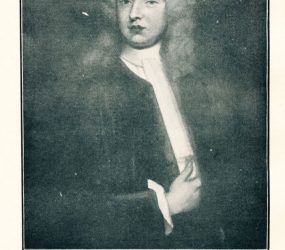 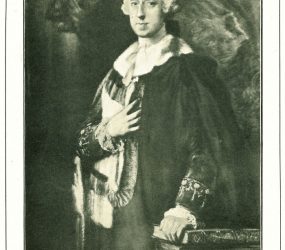 The 1st Earl of Radnor 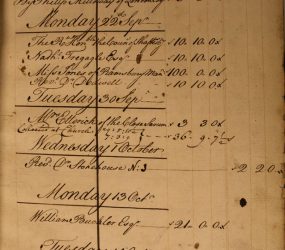 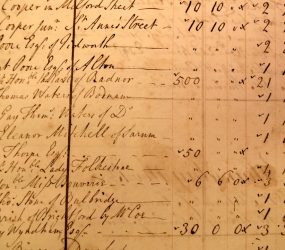 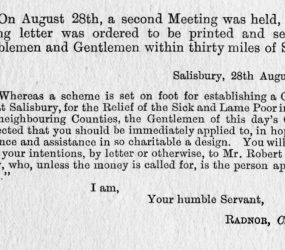 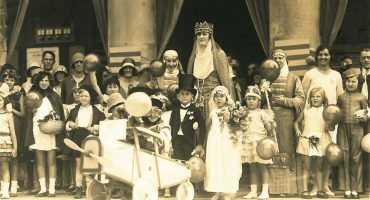 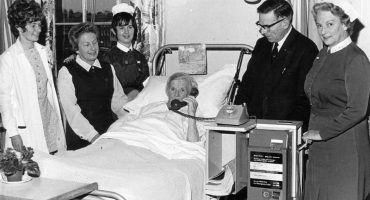 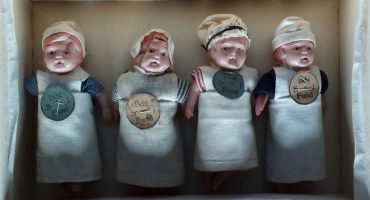