Early in January 1915 heavy rain resulted in three deluges of flood water affecting Fisherton Street and adjacent housing area, even spreading over the floor of the Cathedral. The ground floors of the Infirmary were flooded too causing not only expense, but horrible conditions in the hospital. Several cases of cerebro-meningitis were admitted and isolated before removal to the isolation hospital. Pictured below is the Infirmary and Fisherton Street during the January floods of 1915.

Extracts from the study report by M Greenwood, The Outbreak of Cerebralspinal Fever in Salisbury during 1914-1915, describes the efforts to understand differences in circumstances as well as the effect of a citywide inoculation programme. Observations looked at the differences between the outbreak with soldiers camped on Salisbury Plain and the local population. You can see from the graph (below) that the disease peaked during February 1915.

At the outbreak of the first world war many soldiers were encamped around Salisbury. They were housed in cramped often damp conditions so it was not surprising that the floods of 1914-15 which affected the Plains and Salisbury city led to an outbreak of cerebrospinal fever. The first cases were seen in Soldiers in October 1914 and in Salisbury in December of that year. The outbreak peaked in February /March of 1915 and declined more quickly in the city than in the military personnel. This was thought to have been due to the fact that inoculation against the disease, believed to be caused by the Meningococcus bacteria, was first conducted in the city before the soldiers.

While the outbreak of Cerebrospinal fever was not considered to be an epidemic the outbreak of Spanish Influenza which lasted from January 1918- December1920 and killed millions of people worldwide was one of the most devastating pandemics of all time. It was caused by the Influenza type A virus the most important of the three groups of Influenza virus from the epidemiological point of view.

It had the frequent tendency to undergo antigenic variation and has been responsible for outbreaks in 1932 and 1934 In 1946 a completely different strain emerged which was classified as the A1strain and was superseded by the new virus A2 which was responsible for “Asian “ influenza pandemic in 1957 another strain of the A2 virus which caused the outbreak of “Hong Kong Flu” in 1968-69. It has since been thought that the 1918 pandemic originated in pig-transmitted influenza viruses and that animals may provide a reservoir of infection between epidemics.

In general as individuals grow older they accumulate antibodies against different strains of influenza but remain susceptible to new strains. Influenza is normally a disease of children and young people and transmitted by droplet infection just before and during the acute stage although spread by healthy carriers cannot be ruled out.

This probably explains the age distribution of the disease in the younger population of Salisbury in 1918 although there were probably compounding factors related to the impact of war and the general health of the population. Most deaths occur from bacterial secondary chest infection and without the availability of antibiotics there was no known cure. Smoking may also have been a factor in the male population many returning from the war when smoking was the only comfort that they had. Unlike the cold viruses it affects the epithelial lining of the trachea and bronchi resulting in the susceptibility to secondary pneumonias of bacterial origin.

This article about the outbreak was written by John Carvell, 2020. 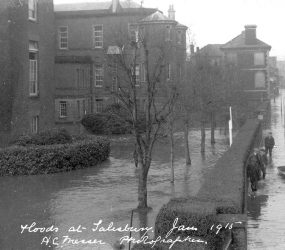 Flood water in the grounds of the Infirmary 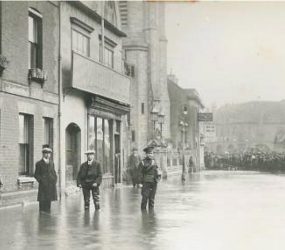 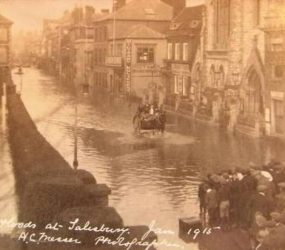 Horse and cart going through the flood water on Fisherton Street 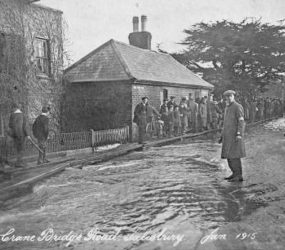 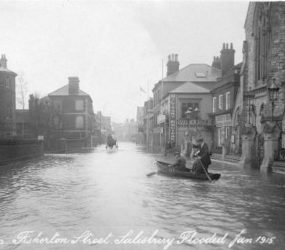 Fisherton Street, outside the Infirmary 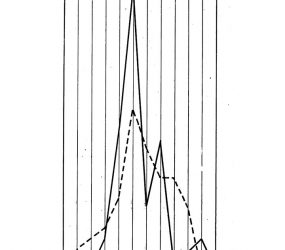 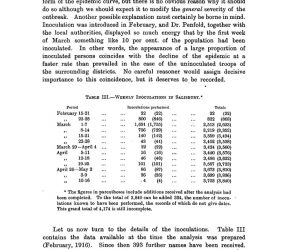 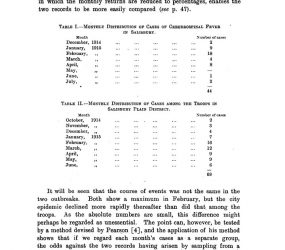 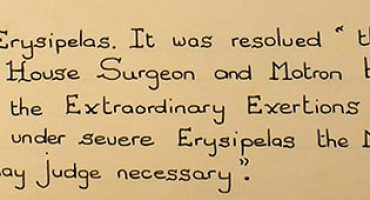 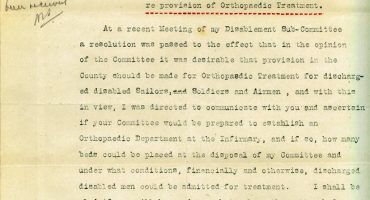