By viewing a range of items in our collection (see below), from original architect drawings and early photographs to floor plans and artist illustrations, we have been able to piece together the development of the site of the Salisbury General Infirmary. We can see the additions of an east and west wing to the hospital building and later the expansion to the rear of the site.

Floor plans show the layout of the original main building of Salisbury General Infirmary, somewhere between 1767 and when the additional wings were added in 1847.

The basement storey, shows the bottom floor of the Infirmary, which was partially underground, at the front of the building that faced Fisherton Street. Most noticeable on this plan is the beer and wine cellar alongside the kitchens! See the Fisherton hospital menu that shows beer rations as part of patient nutrition.

The principal storey, shows the main floor of the Infirmary, with entrance steps. At the rear was the first of the wards named after donors or benefactors of the infirmary; this one was after the Duke of Queensberry who gave a large amount to the original building fund.

The mezzanine storey, shows the second floor of the original Infirmary. A feature of the building was the central skylight. This was designed to bring in more natural light before the advent of gas or electric lighting.

The upper storey, or top floor of the Infirmary, shows the wards that are named after more donors, the Earls of Radnor & Pembroke who gave a large amount to the original building fund, and also Lord Feversham who in 1763 left £500 from his estate towards the creation of hospital in Salisbury. This tradition has continued to this day with Radnor and Pembroke Wards as the ICU and Cancer Care Units at Salisbury District Hospital.

A section of map from 1843 shows the location and layout of buildings for the Infirmary along Fisherton Street in Salisbury. The semi-circular forecourt can be clearly seen. Also the proximity to rivers Avon and Nadder, which have flooded the area including the hospital.

At the time of T Atkinson’s drawing in 1819 important alterations were being made to the building, including converting the chapel in to an accident ward.

The east wing was built in 1847 (left side of the building in images below). Our collection contains a very early photograph showing the Infirmary building sometime in the 1850-1860s. This photo can be dated as such because building work for the west wing, which started in 1868 with the wing itself opening in 1870, are not visible in the photograph.

A print by F Highman, shows the building after the completion of both the east and west wings, but before the clock tower on Fisherton Street was built in 1892. Mentioned on the crest in the bottom right of the print are Alfred Buckley, Chair and George Smith, Secretary who were both in post from 1887 to 1893, so this dates the print to within these years.

A range of postcards in our archive depict the Infirmary building from various angles during the early part of the 20th century. Architects drawings from 1934 show proposed alterations to the site. Floor plans from later on show how the hospital had expanded and the location of many of the wards for which we have photographs in our collection.

An aerial view from the 1980s shows the Infirmary site as it was about a decade before it closed and services moved to the current Salisbury District Hospital site at Odstock. Artist Bill Toop’s illustration commemorates the Infirmary just prior to its closure in 1993, with the presence of cars being the most notable difference to the front of the building.

Finally, a photograph taken in 2011 shows a close up of the founding inscription on the front of the hospital building, just before it was restored and converted to flats. 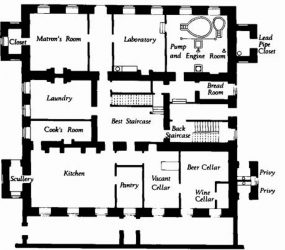 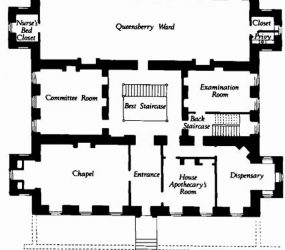 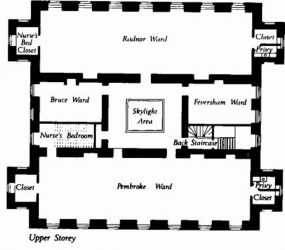 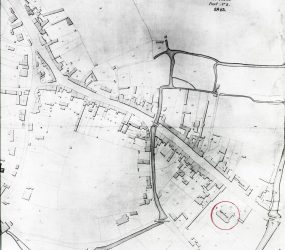 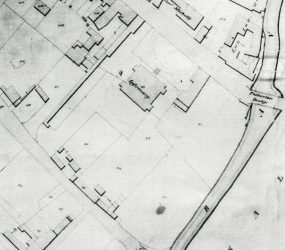 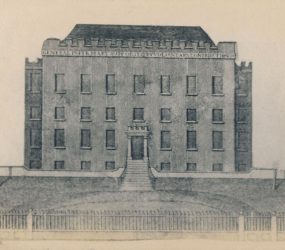 First drawing of the original building 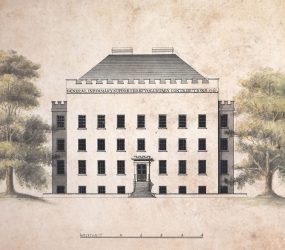 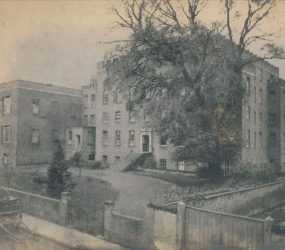 Addition of the east wing built in 1847 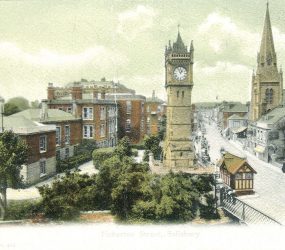 East side of Infirmary and clock tower 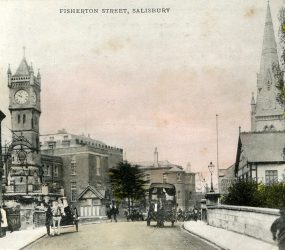 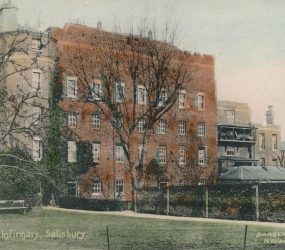 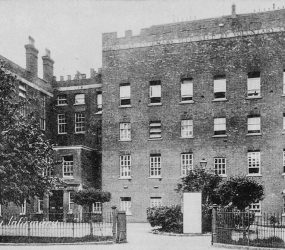 Front of Infirmary and east wing 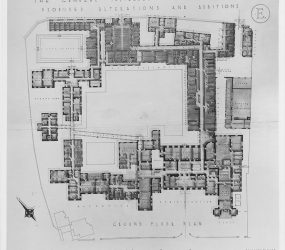 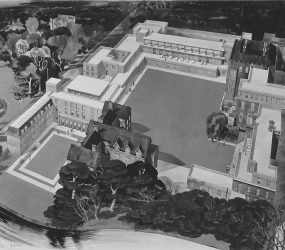 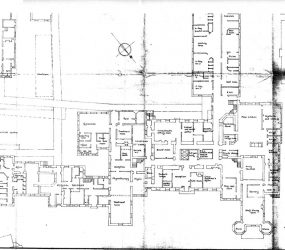 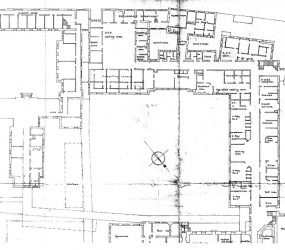 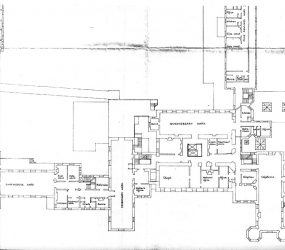 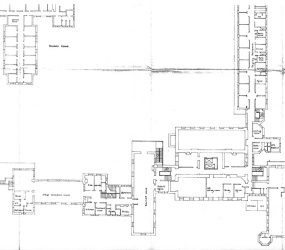 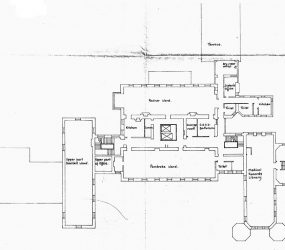 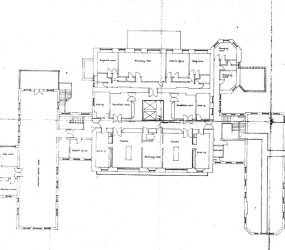 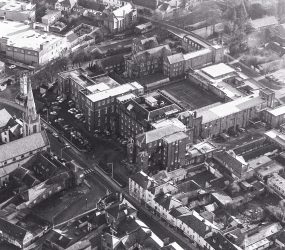 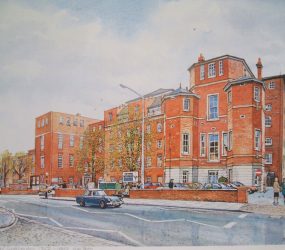 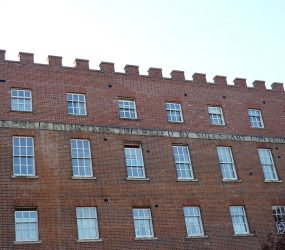 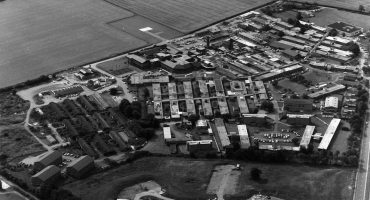 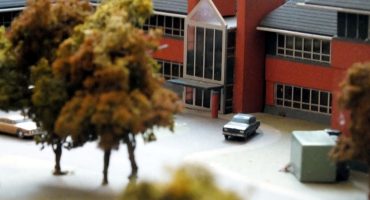 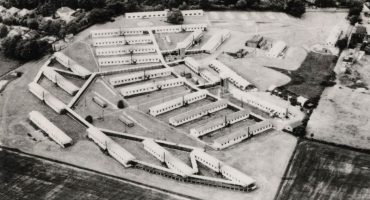